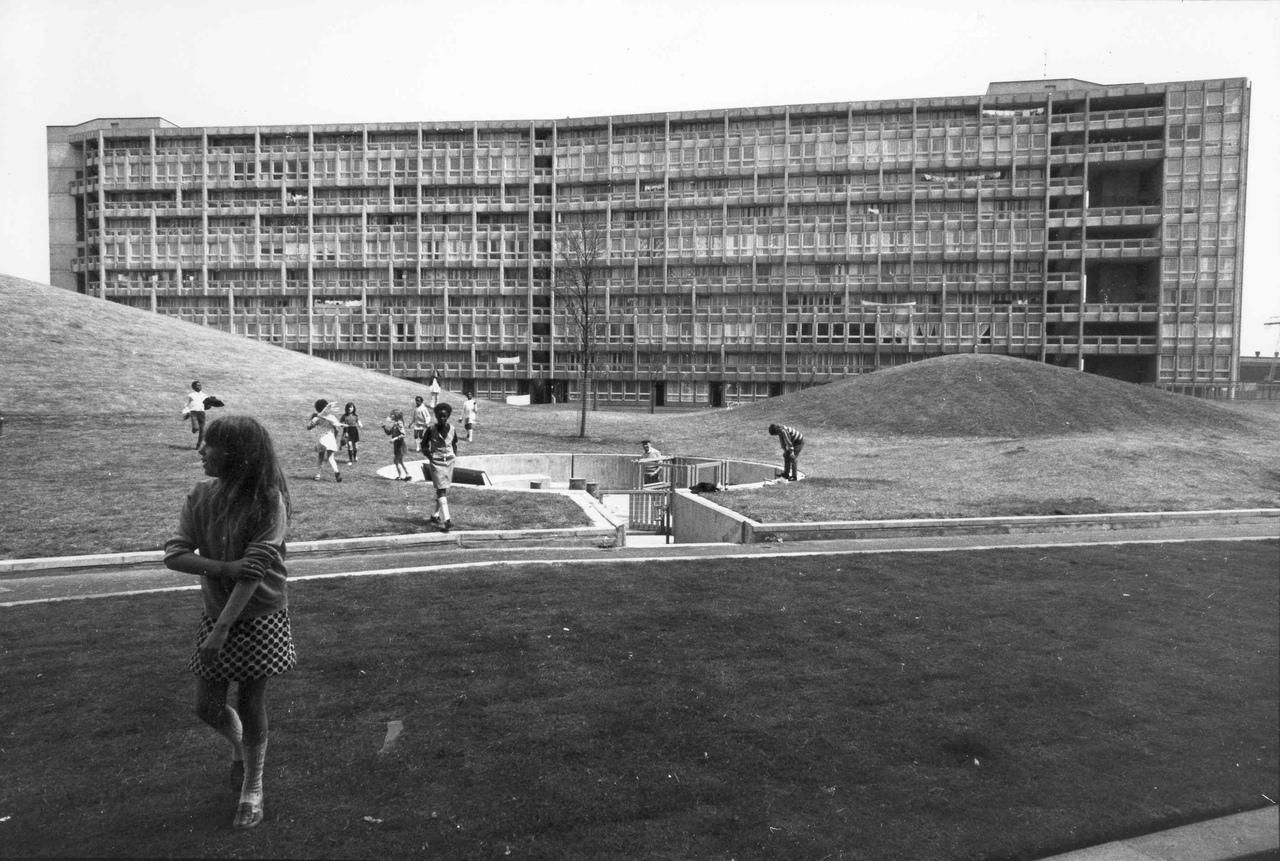 Sign up for our newsletter to stay on top of the advice and stories from emerging leaders in design and practice operations.

What is Brutalist Architecture?

The term “brutalism,” or “New Brutalism,” was first coined in 1950 by Swedish architect Hans Asplund to describe a brick home in Uppsala designed by Bengt Edman and Lennart Holm. The Edman and Lennart home, the Villa Göth, became known as the first brutalist structure and had framed the brutalist definition going forward. Following this watershed moment, the style quickly rose to prominence after Bauhaus-inspired modernism faded throughout most of Europe following World War II.

The first published reference to the term would come in 1953 when Alison Smithson described her and Peter Smithson’s design for “Soho House.” Specifically, Smithson would state that the building’s structure would be “exposed entirely, without interior finishes whenever applicable.” In this statement, the Smithson’s would lay the material foundations for Brutalism’s practical applications.

In the 1950s and 1960s, both Europe and the United States were experiencing population booms in urban centers and were tasked with designing large-scale, institutional buildings like hospitals, schools, churches, and apartment complexes, which were desperately needed to meet the changing demands of the time. The catch, however, was that these governments would have to be measured in their spending on building materials.

As far as building materials went, Brutalism was a cheap alternative to the modernism of the 1920s to 1940s, and Europe sorely needed a cost-cutting design alternative to embrace. Cash-strapped from war expenses, much of Europe was in need of an affordable design style that could be deployed to address various institutional and municipal concerns. Namely, Europe sought a design that could cheaply house and serve a growing population, and in many ways, Brutalism served as this alternative.

For instance, the mid-century modern styles that were in vogue during the 1920s and 1930s relied on more expensive materials like glass and metals. Conversely, Brutalist architects would operate almost exclusively with concrete and brick, which were far more ubiquitous and inexpensive to find and produce.

While the Villa Göth was considered the first example of Brutalist Architecture, Le Corbusier would be the architect to influence the style most, even if he is not outrightly considered a Brutalist architect. Le Corbusier would effectively serve as a guide and mentor to this and that began with his design for the Unité d’Habitation in Marseille, France in 1952.

The Unité d’Habitation de Marseille was a high-density residential complex meant to house large numbers of people in the urban center of Marseille. Imposing in nature, and built exclusively with concrete and brick, the Unite d’Habitation would serve as a launching pad for the Brutalist architects that followed. Nevertheless, the prolific architect would dedicate the remaining years of his life “in concrete,” designing famous architectures considered to be influential to the style from 1954-1964.

While Le Corbusier would popularize concrete and help ‘cement’ Brutalism in France and Continental Europe, Peter and Alison Smithson would forcefully introduce the style to England in the 1950s. Their design for Smithdon High School (1952) would come to represent the first Brutalist structure in the country.

The Smithsons would go on to design at least three more Brutalist buildings, but none were as popular as their Robin Hood Gardens (1972). Often referred to as “streets in the sky,” an obvious reference to its aerial concrete walkways, the Robin Hood Gardens became synonymous with Brutalism’s practical approach when dealing with problems of the commons, specifically social housing.

Throughout the 1960s and 1970s, Brutalism became ubiquitous throughout most of the developed world, especially in dense urban areas. Architects like Paul Rudolph would bring the style to the United States with his monolithic, concrete designs, namely the imposing Yale Art and Architecture Building (1963).

Australian architect John Andrews would popularize the style in both Australia, with the Cameron Offices (1972), and Canada, with the University of Toronto Scarborough, Humanities and Science Wings, (1964). All of these buildings were designed from a need for large-scale, cheap institutional buildings that could serve as educational and commercial hubs.

By the 1980s, Brutalism would see its use in considerable declines architects largely abandoned the style. Nevertheless, Brutalist buildings will forever stand as monuments to a more practical time; a time that focused on building structures to deal with burgeoning populations in need of housing, schools, and hospitals. Most importantly, they will stand forever since they are literally composed of the most reliable and strong material in the world: concrete.

One of the most famous Brutalist buildings has to be Unité d’Habitation de Marseille by Le Corbusier. The building was designed to address the overpopulation and lack of housing in France. It adopts Le Corbusier’s idea that a house is “a machine for living in” with the resident’s everyday needs built into the 18-story béton-brut concrete structure.

Moshe Safdie’s Habitat 67 is arguably the most memorable Brutalist Buildings of all time with its unique stacking form. Because of its variant stacking configurations, each unit has a roof garden, fresh air, and natural light. The building is a celebration of creating the suburban garden home in a high-rise apartment building using the affordable prefabrication method.

Peter and Alison Smithson’s most influential work is the Robin Hood Gardens in London. The Smithsons created “streets in the sky” by adding new neighborhood streets (the balconies) throughout the buildings. The two buildings surround an urban garden, which became the heart of the complex as a communal space.

In recent decades, calls to preserve countless Brutalist structures throughout the world have been met with mixed results. In 2012, for example, the French Ministry of Culture designated the Le Corbusier’s Unité d’Habitation de Marseille as a historic monument, and in 2013, UNESCO listed it as a World Heritage Site.

Similarly, the Cameron Offices received partial protection in 2004. The Minister for the Environment and Heritage of Australia determined that only Wings 3, 4, 5, and the adjoining bridge would receive heritage protection, while the remaining wings were listed for demolition. Contrastingly, the Robin Hood Gardens would not be so lucky. The “crown jewel” of Alison and Peter Smithson’s architecture would not receive any protection, and after much protest, the entire complex was slated for demolition in 2017.

Unfairly, Brutalism was eventually linked to a growth in crime within low-income housing projects throughout the United States and Europe. Structural inequity, such as class exploitation and institutionalized racism, were far more likely culprits to the failures of subsidized social housing than the minimalist design choices made therein. Additionally, the building materials used in many of the Brutalist structures also made wide-spread protections difficult because they were not considered “sustainable” to a new architecture dedicated to energy-efficient buildings. As a result, Brutalism would quickly fall out of style by the 1980s.

Ultimately, the history of Brutalism is known throughout the world for its singular dedication to an affordable and utilitarian design style. Architects employing the style throughout the 1950s-1970s were asked to develop the urban fabric of the postwar welfare state. Whether these buildings were used for social housing, hospitals, or courthouses, Brutalist design will forever be synonymous with issues of the commons.

Angelo Santa Lucia is a Cuban-American writer based out of Miami, FL. Obsessed with pop culture, his writing passions are on a wide-range of  topics such as Architecture, Latin American History, and Horror films. Angelo Graduated from Florida International University with a Master's in Latin American History with a special focus on 19th-century architecture and urban history. He currently enjoys listening to the first four Metallica records, as there are no others as far as he's concerned, and collecting for the massively under-appreciated Sega Saturn. 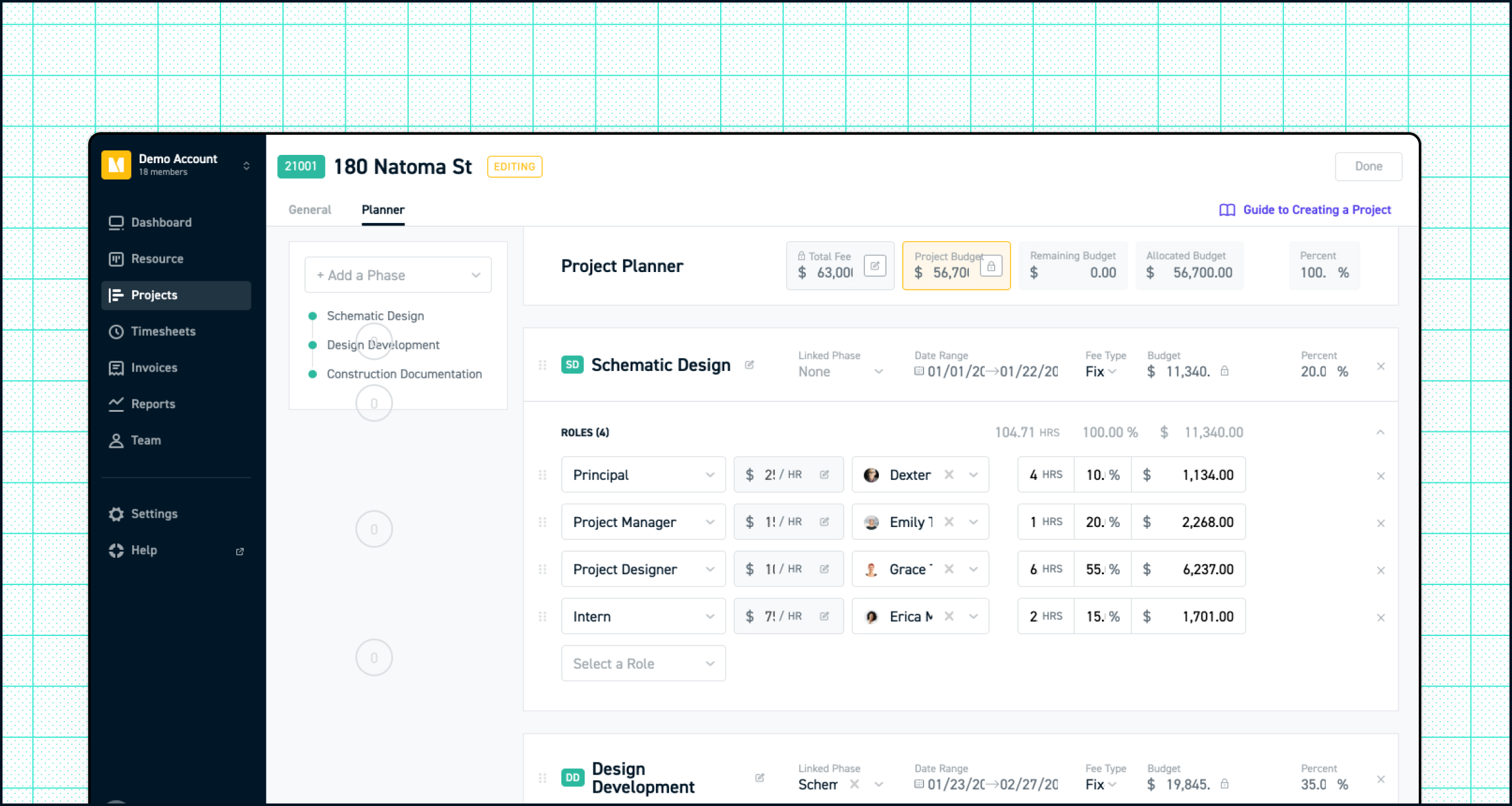 We're making room for a new outlook this year. 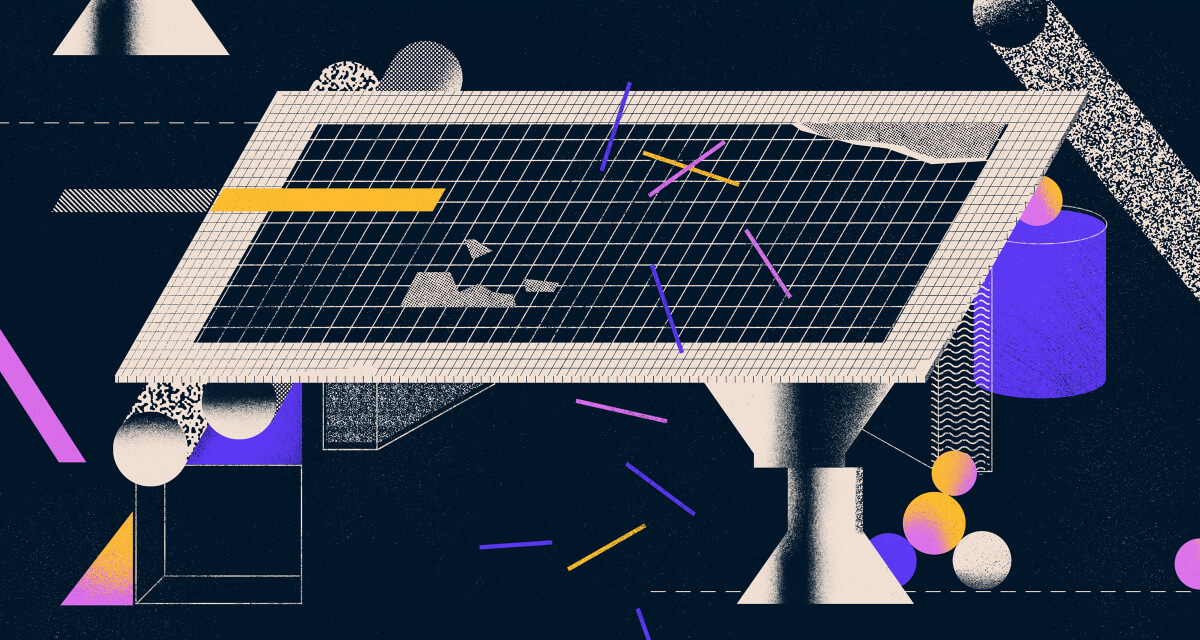 How to Create an Effective Staffing Plan in Architecture

Are you utilizing your best resource: your staff? Whether you are new or a veteran, this article will help you navigate Staffing Plans in order to plan for the present and future of your firm. 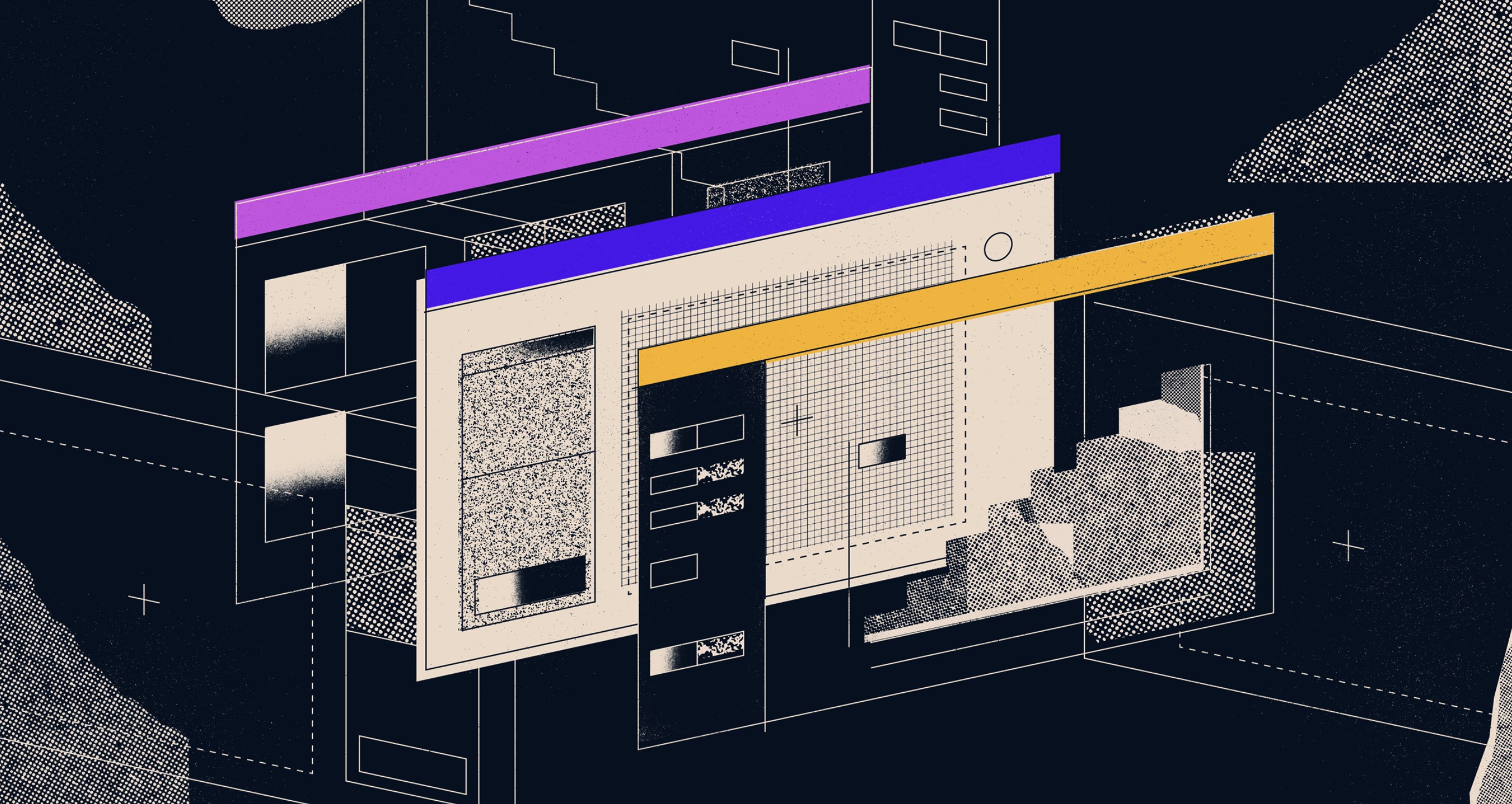 As a busy architect, you might be trying to figure out the best way to get and stay organized with all of those project management tasks. The answer is project management software for architects.
Try Monograph Today
Track your projects and revenue with ease.
Don't leave money on the table.
Start Free Trial
No Credit Card Required.
Over 100 employees? Reach out to our sales team.