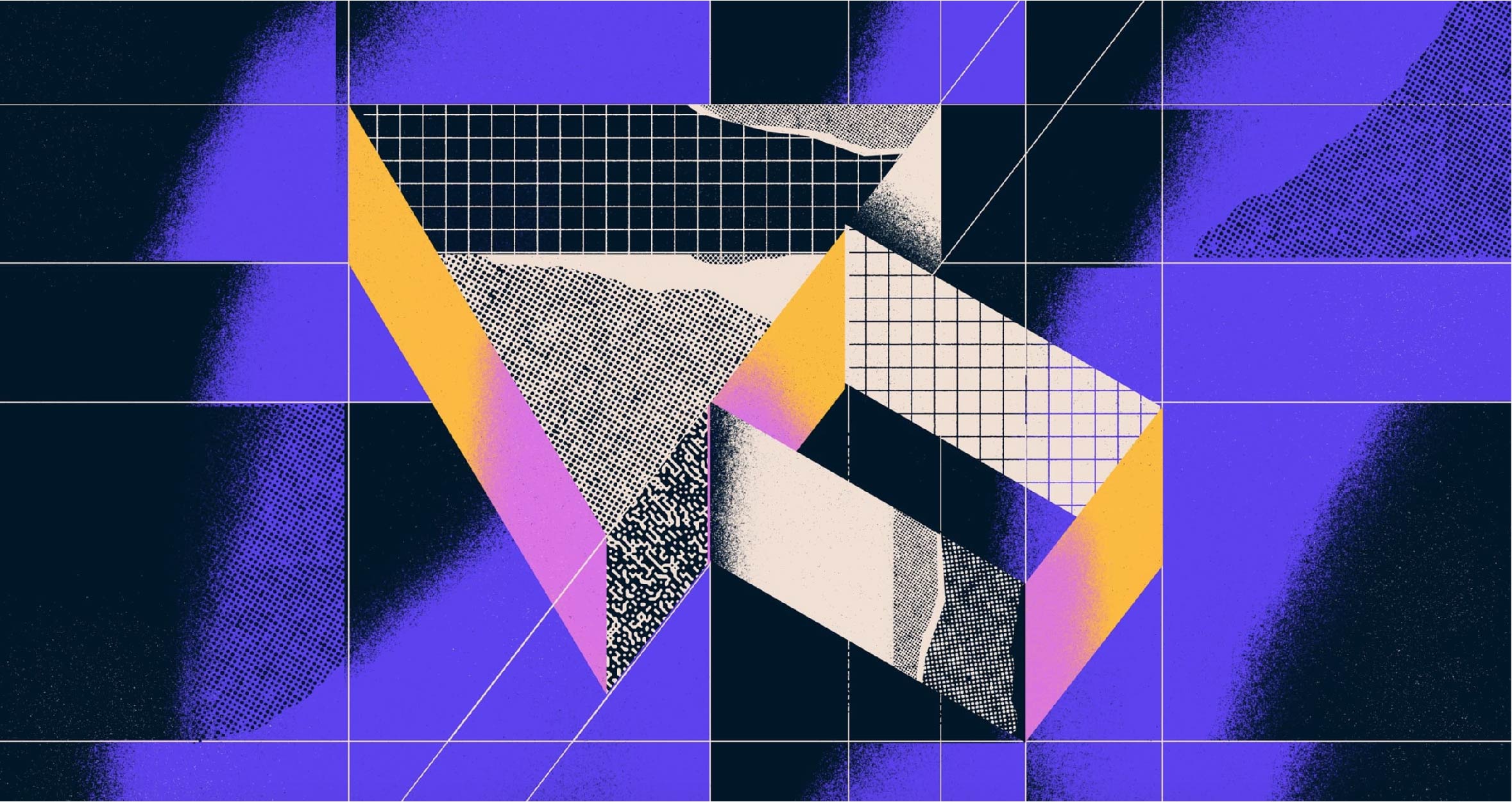 What are Architectural Paper Sizes?

Standards within paper sizes have existed since the 20th century, and were often developed within specific manufacturing, geographic, and political contexts. Industrialization, globalization, and mass production led to an increasing need for standards in paper manufacturing and printing.

The development of standards responded to questions of growing significance such as: How do we communicate with a printer in another country? Of what size should we design our filing cabinets? How do we make paper so that it can be sold to the largest audience?

In most cases, the choices about the sizes of paper are not made arbitrarily. Aspect ratios and dimensions are highly impactful decisions that affect all levels from design all the way to forestry, and are often based on hundreds of years of accumulated knowledge in craft, mathematics, and economics.

Similar to the difference in the imperial and metric measurement conventions, two primary series exist within the world of paper sizing, and are distributed globally along roughly similar lines. The ISO (or International Standards Organization) series of paper sizes are officially adopted in every country besides the United States and Canada, where the ANSI convention (American National Standards Institute) and ARCH subset has been adopted.

This article will detail the specifications of each standard, as well as the advantages and disadvantages of each.

This series of paper sizes are amongst the most commonly used in North America, not just by architects.

This is a subset of the ANSI series and is defined in the same code. Similar to ANSI in that two sheets make up the next sheet, but this format has whole number aspect ratios (4:3 and 3:2). These ratios are more similar to computer displays and easier to work with. With the ANSI and ARCH series, the aspect ratio alternates between sizes which can cause difficulties when resizing content and can leave you with enlarged margins on your enlargement or reduction.

ANSI (A,B,C,D,E): based on a standard base of 8.5x11. Two sheets make up the dimensions of the next larger sheet. Within the architecture world, ANSI was primarily used in North America until 1995 when ARCH was developed based upon revisions to the ANSI standard.

The ISO standard has the same aspect ratio for each size so that resizing content across pages is easy. You can scale the paper without changing the aspect ratio. A folded brochure of any paper size can be created by folding in half the next larger size; that is, an A3 sheet can be folded into an A4 brochure.

Within the ISO series in particular, there do exist a few regional differences. For example, the ISO 216 B Series in Japan is a few millimeters larger, and they name a separate series called ‘Semi B’ that matches the ISO B series in other places.

What is the most common paper used when printing for ARCH paper sizes?

ARCH C and D are the most often used size for printing blueprints, but E and E1 are also used for larger project blueprints. ARCH C, D, and E are all commonly used paper sizes for presentation documents, especially for drawings intended to be viewed by a group or on a wall. For presentation of smaller drawings, ANSI A and B (Letter and Tabloid, respectively) are typically often used as these are widely available loose paper sizes relative to ARCH A and B.

In 1786, the advantages of using an aspect ratio of root2 to 1 were documented by a german philosopher and scientist. Soon after in 1798, a French mathematician developed and published a paper format that would later become A2, A3, B3, B4, and B5.

It wasn’t until the early 1900’s that Walter Porstmann took his predecessors' ideas and created a fully developed system of paper sizes. Porstmann’s work was adopted by the German Institute for Standardization (DIN) and became the paper standard DIN 476 in 1922.

The German Institute wasn’t the only institution to take notice of Porstmann’s work- Porstmann’s writing was influential to members of the Bauhaus. Few others in the Bauhaus took greater notice of his work than Ernst Neufert, author of Architects’ Data and infamous official architectural council to the Nazi party.

DIN 476 was steadily adopted by countries throughout the world until 1975 when it had become so widespread that it was incorporated as an ISO standard. Today, the ISO 216 standard is officially adopted by every country except for the US and Canada- though a handful countries in Latin America (as well as the Philippines) still commonly and unofficially use US Letter.

The International Standards Organization (ISO) was founded in 1947, partly in response to the reconstruction of Europe after World War II. The ISO standards most used at this time involved the specification and universalization of construction and infrastructure. If countries across Europe could use common standards for the rebuilding of PostWar Europe, then cooperation and collaboration would be easier.

Meanwhile, in America, a concurrent (though haphazard) path towards standardization was being followed. The United States had already been using 8.5inx11in letter sheets for many applications, a size that may have originated out of the use of 44in x 17in paper molds of the time. Perhaps it was due to America’s arguably isolationist manufacturing tendencies of the time, and their stubborn deviation from the metric standard, but the US had avoided adopting paper conventions that had been growing in popularity around the world in the 19th and 20th centuries.

Further, the US ran into a few stumbling blocks along the way. In 1921, two separate commissions were inadvertently formed on the establishing of paper size standards that independently reached two separate conclusions.

One, the Committee on the Simplification of Paper Sizes decided that an 8.5in x 11in letter sheet should be adopted, while the Permanent Conference on Printing decided on an 8in x 10.5in sheet. This confusion and inconsistency persisted, with the government using the 10.5in sheet and the private sector using the 11in sheet, until President Reagan officially declared the 11in size to be the official standard of governmental documents.

Massive geopolitical tensions surrounding the Cold War also held back the US from adopting the international standards, a move it would have viewed as an admission of inferiority. In the 1990’s, the American National Standards Institute adopted this standard (along with legal, tabloid, and other sizes) and incorporated it into the code called ANSI/ASME Y14.1.

It is unknown how exactly the 8.5in x 11in size originated, but it appears that it may have been developed somewhat arbitrarily. The American Forest and Paper Association claims that the size originates from early handmade paper makers who used 44in x 17in paper molds (with 44 inches being the average maximum stretch of a paper maker’s arms). Sheets made in this mold were then quartered into 8.5in x 11in sheets. As arbitrary as this may have been, the size does not fall out of the range of historical precedent.

A pre-modern loose format called ‘Quarto’ was used throughout Europe, with the first known published book of this size being printed in the middle of the 15th century. The Quarto size ranged from 8 to 9 inches wide and 10 to 11 inches high, and is nearly one quarter of the size of another British Imperial size called Demy.

However the Letter size (ANSI A) originated, it was not developed with the same mathematical and scientific treatment that influenced the ISO 216 standard. Perhaps the American loose paper sizes have a less rational and ‘humanistic’ appeal to them, or perhaps it was a tradition that simply fell into place.

Whatever the case may be, our preference for one over the other is usually formed by the standards of the place we work in and the practices of our architectural communities. If you had your choice of paper standards would you change, or stay the same?

Magdalena is a designer and writer who holds a special interest in pushing contemporary architecture towards an 'Aesthetics of Desire'. Her work typically revolves around architecture-as-activism within communities of sex workers and those at the margins of gender, as well as examining the relevancy of architecture and its disciplinary trajectories. Currently, Magdalena lives in New York City with her chihuahua, Wilhemina. 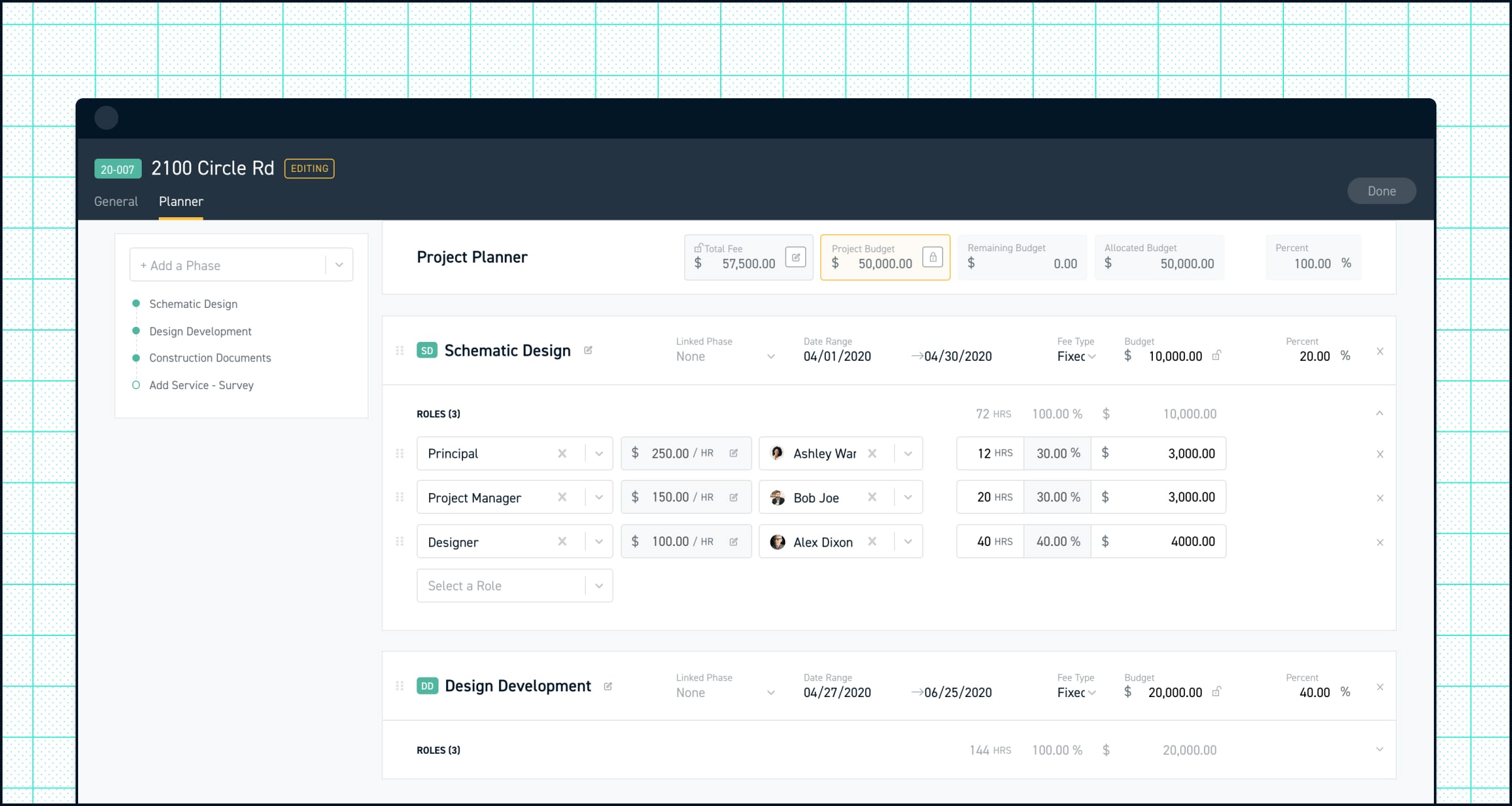 Today we’re launching a huge update to our Project Management and Budgeting workflows to help you create projects, budgets, and resource plans in one easy-to-use work plan tool. 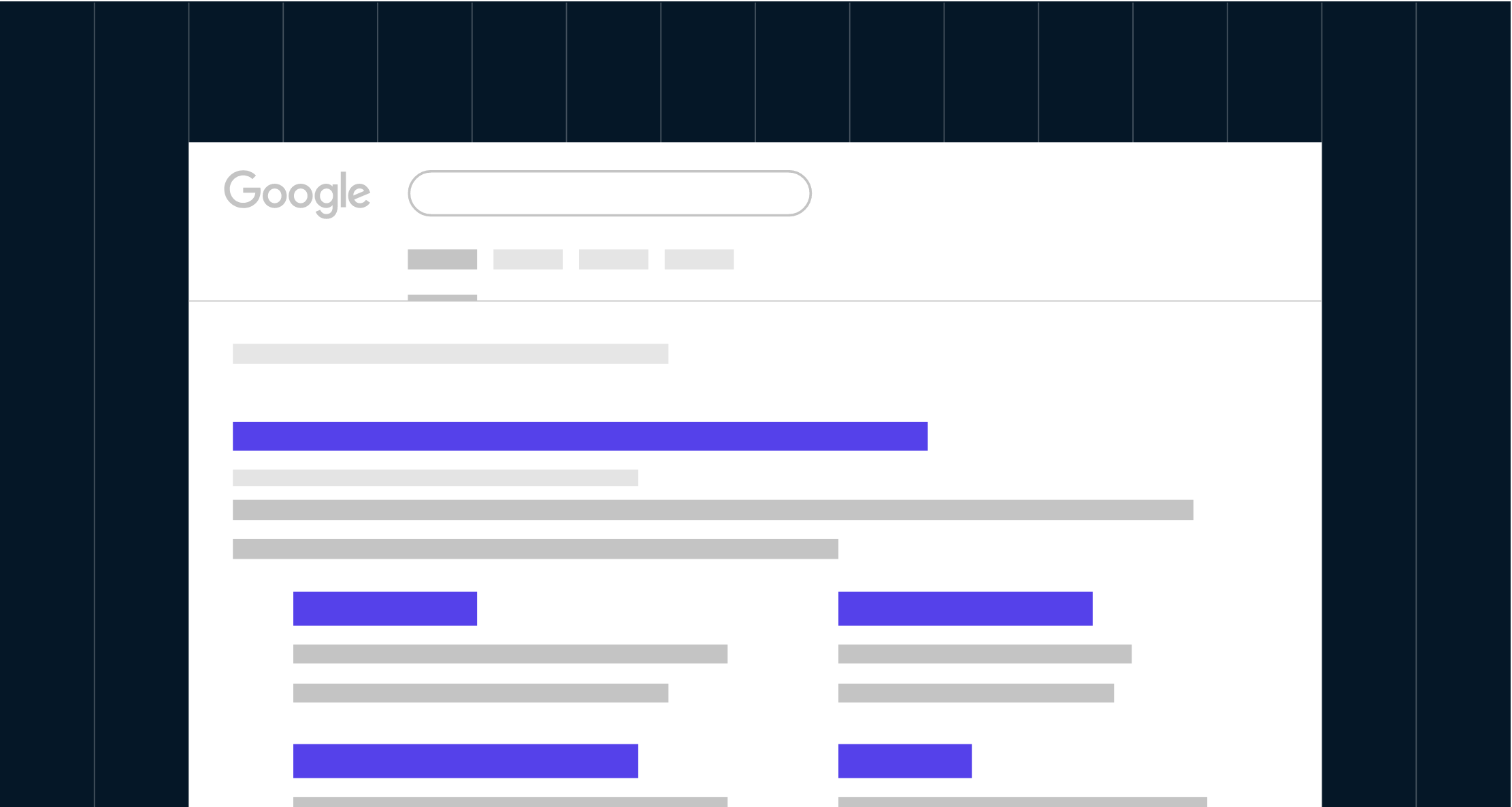 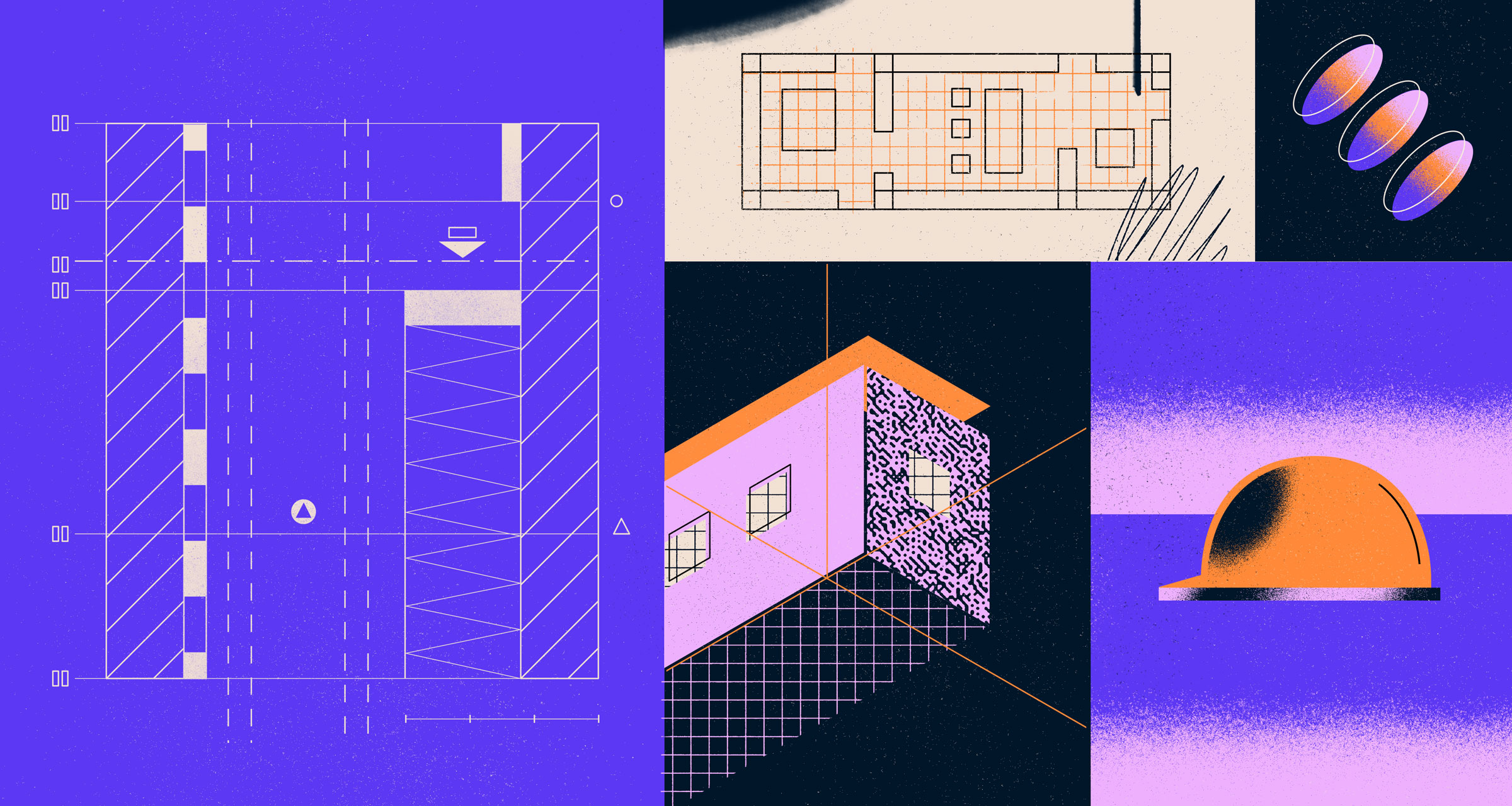 This is a guide to architectural design phases. Learn how to run your project smoothly with these 6 simple steps.
Try Monograph Today
Track your projects and revenue with ease.
Don't leave money on the table.
Start Free Trial
No Credit Card Required.
Over 100 employees? Reach out to our sales team.